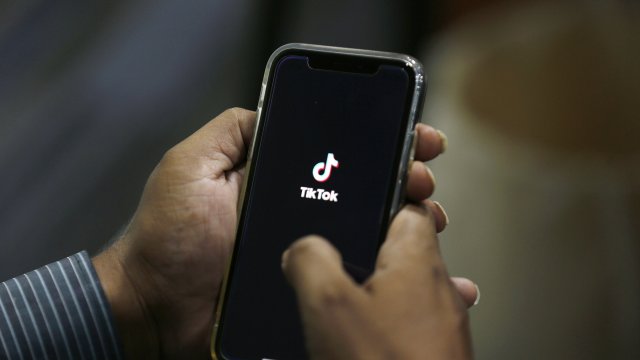 The proposed deal would involve Chinese-owned TikTok partnering with Walmart and Oracle.

TikTok is back on track in the U.S.

"I can say that I have given the deal my blessing. If they get it done, that's great. If they don't, that's OK, too. But it's a great deal for America."

President Donald Trump says he approves of the proposed deal, which will involve Chinese-owned TikTok partnering with Walmart and Oracle.

The deal makes Oracle responsible for hosting TikTok's data systems, and Walmart will provide e-commerce, payments and other services to the app.

The president has targeted TikTok for national security and privacy concerns, adding to rising tension between Washington and Beijing. His support for this potential deal comes shortly after his administration said TikTok and WeChat, another Chinese-owned app, would effectively stop operating in the U.S. by Sunday. And while the deal saved TikTok, a judge saved WeChat early Sunday by blocking the order to ban the app. She cited users' questions about whether the ban impedes First Amendment rights.

As for TikTok, President Trump says the company will be hiring at least 25,000 people and will make a nearly $5 billion contribution to an American education fund.