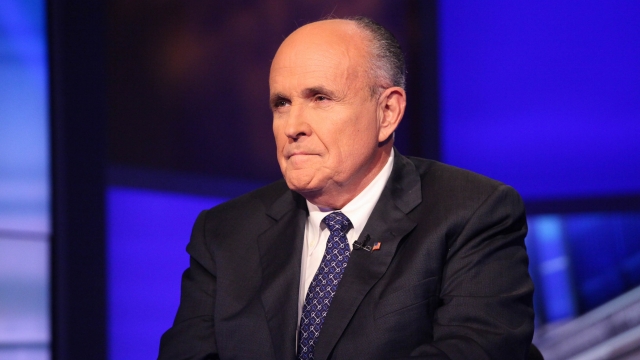 The president's statements in an interview that he did not send Giuliani to Ukraine on his behalf contradict earlier comments by Giuliani.

The president said, "No, I didn't direct him, but he's a warrior, Rudy's a warrior. Rudy went, he possibly saw something. But you have to understand, Rudy has other people that he represents."

On Twitter earlier this month, Giuliani said, "The investigation I conducted concerning 2016 Ukrainian collusion and corruption, was done solely as a defense attorney to defend my client against false charges, that kept changing as one after another were disproven."