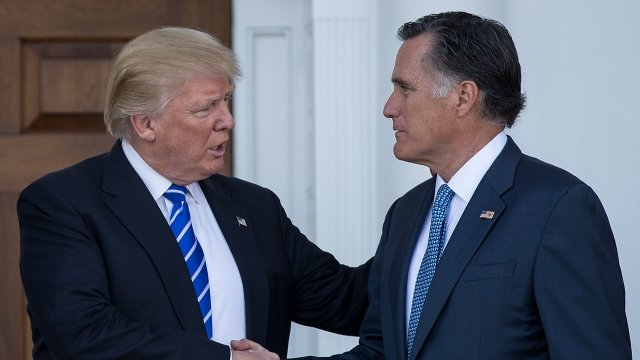 They've openly — and frequently — criticized each other.

In what may seem like a surprise move, President Donald Trump is endorsing Mitt Romney in his run for U.S. Senate.

In a tweet Monday, Trump said Romney "will make a great Senator and worthy successor to @OrrinHatch, and has my full support and endorsement!"

Trump and Romney have a love-hate relationship of sorts: The two have openly and frequently criticized one another.

Romney once called then-candidate Trump a "phony" and a "fraud" during the course of one speech.

In response to Trump's endorsement, he tweeted: "Thank you Mr. President for the support. I hope that over the course of the campaign I also earn the support and endorsement of the people of Utah."