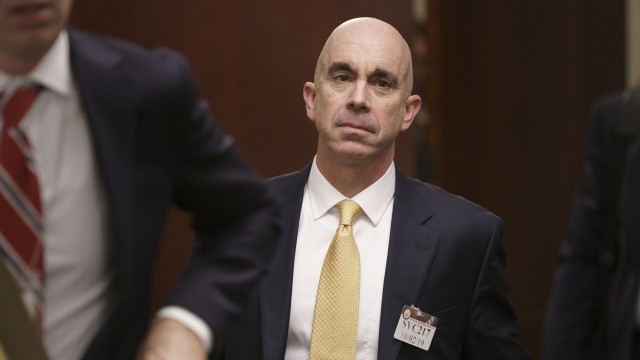 In a letter to Congress, President Trump said Steve Linick — appointed by President Obama in 2013 — didn't have his "fullest confidence."

President Trump has fired an inspector general whose job was to investigate potential political bias in the State Department.

In a letter to Congress, President Trump said Friday Steve Linick — appointed by President Obama in 2013 — did not have the president's "fullest confidence."

The president didn't provide reasoning for this loss of trust. He said Linick would leave the job "30 days from today."

His ouster drew immediate backlash from Democrats. House Foreign Affairs Committee Chair Eliot Engel said in a statement: “This firing is the outrageous act of a president trying to protect one of his most loyal supporters, the secretary of state, from accountability.” Engel accused the president of retaliating against Linick for opening an investigation into Secretary of State Mike Pompeo.

A State Department spokesperson told The Hill that Ambassador Stephen Akard will take over for Linick.