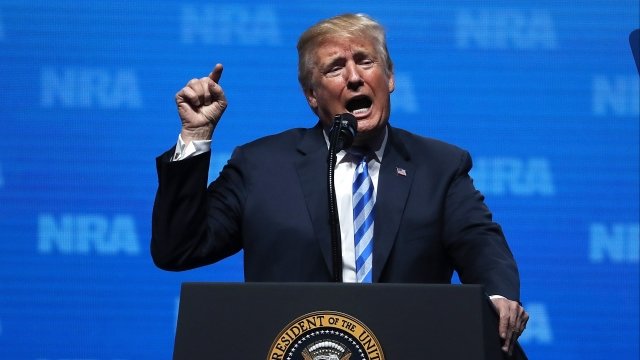 And like last year, he seemed to give more of a campaign-style speech, covering a wide range of topics.

But Trump did spend some time on the topic at hand — guns and the Second Amendment.

He pledged to protect gun rights, and he used the 2015 Paris attacks as an example of why more people should carry firearms.

"But if one employee, or just one patron, had a gun, or if one person in this room had been there with a gun aimed at the opposite direction, the terrorists would've fled or been shot. And it would have been a whole different story," Trump said.

He made a similar argument when he addressed the recent school shootings in the U.S.

Even though his statements aren't always in line with the NRA's beliefs, Trump has been a strong supporter of the organization and the Second Amendment throughout his campaign and presidency.