President Trump And Kim Jong-Un Meet For Their Second Summit 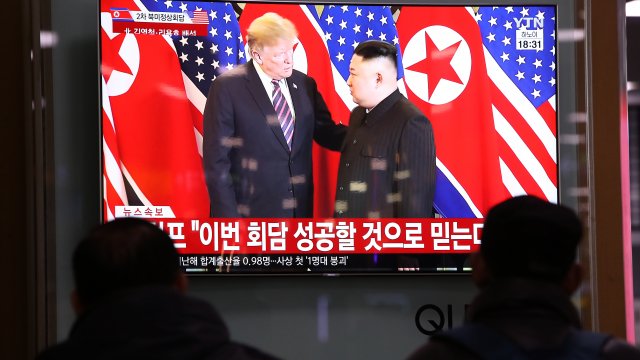 This is the world leaders' second summit together.

"I thought the first summit was a great success. And I think this one hopefully will be equal or greater than the first," President Trump said.

This is the world leaders' second summit together.

As Newsy previously reported, the U.S. will focus on four main priorities at the summit: strengthening ties between the U.S. and North Korea, complete denuclearization, establishing a peace regime on the Korean peninsula, and returning the remains of American soldiers killed in the Korean War.

President Trump and Kim met last year at a summit in Singapore that concluded with a vague agreement in which Kim "reaffirmed his firm and unwavering commitment to complete denuclearization," and President Trump agreed to "provide security guarantees" to North Korea.