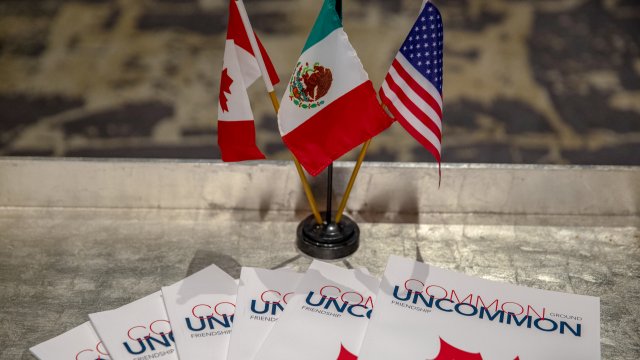 The president put his signature on the renegotiated trade deal during a ceremony at the White House on Wednesday.

The president put his signature on the renegotiated trade deal during a ceremony at the White House on Wednesday.

The landmark agreement, also known as the USMCA, was overwhelmingly approved by the Senate earlier this month.

The House passed it in December after months of negotiations between the White House and Democrats, who were concerned about the agreement's enforcement of environmental standards and labor laws, among other things.

The USMCA has been ratified by the U.S. and Mexico, but Canada still needs to formally approve it for it to take effect. Once that happens, it will replace the North American Free Trade Agreement, aka NAFTA.