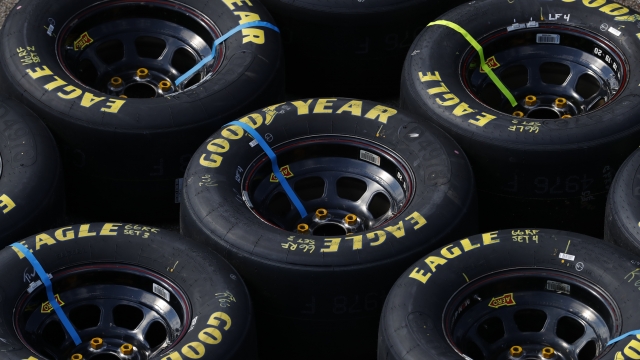 The president tweeted following the circulation of a report from a local TV station in Topeka, Kansas.

President Trump called for a boycott on Goodyear tires Wednesday after a screenshot from one of the company's stores went viral.

The president tweeted following the circulation of a report from a local TV station in Topeka, Kansas. WIBW had shared an anonymous Goodyear employee's screenshot listing "Black Lives Matter" and "LGBT Pride" as acceptable messages, while saying "MAGA attire" and "Blue Lives Matter" were inappropriate.

Goodyear said it's allowing employees to express their opinions on racial injustice, but asks them to stay away from clothing that supports any specific candidate or political party. The company tweeted Wednesday, referencing "misconceptions" about its policies, saying, "Goodyear has always wholeheartedly supported both equality and law enforcement and will continue to do so."

It’s not unusual for companies to discourage employees from engaging in political activity at the workplace through their electronic communications and dress code. But White House Press Secretary Kayleigh McEnany said Wednesday that Goodyear needs to go beyond its statement to clarify its policy.

"What was clearly targeted was a certain ideology. They have not denied that that image was presented at one of their facilities," McEnany said.