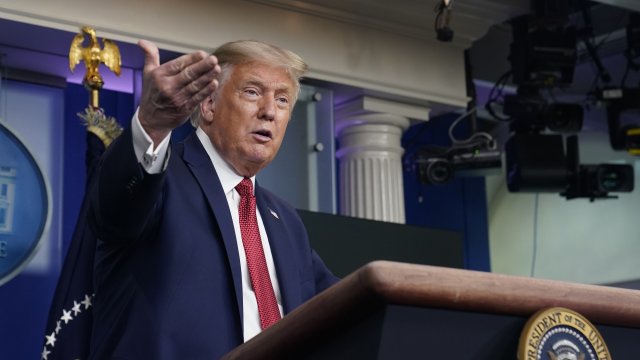 The meeting had originally been scheduled to take place at Camp David in June.

President Donald Trump says he'll look to postpone the G-7 summit until after the election. He says the move would provide a calmer atmosphere.

The meeting was already delayed due to coronavirus concerns. It was originally scheduled to be held at Camp David in June.

The president has long said he would like to add more nations, calling the current G-7 "outdated."

As host, the president is in charge of this year's guest list. On Monday, President Trump said he'd invite Russian President Vladimir Putin to the meeting because he's an "important factor," even though Russia was kicked out of the group when it annexed Crimea. In June, the European Union and some G-7 member nations insisted Russia not be allowed back in.