Pressure Ramps Up On Gov. Cuomo After More Misconduct Allegations 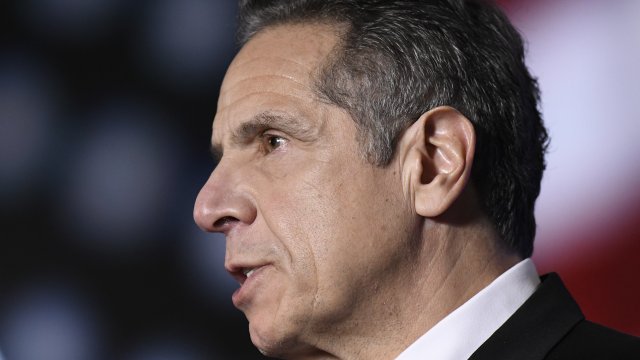 Pressure from some of his fellow governors, too.

"I truly believe that he has a dog’s mess on his hands, and with all this where it stands, it's not going to do anything but get worse, and I would say he needs to resign," said Gov. Jim Justice of West Virginia, a Republican.

"If accurate and true, I think we have to take action. But we also need to make sure that there is a thorough investigation," said Michigan Gov. Gretchen Whitmer, a Democrat.

Cuomo apologized last week...saying his behavior was a mistake.

“I now understand that I acted in a way that made people feel uncomfortable. It was unintentional and I truly and deeply apologize for it," Cuomo said.

Lindsey Boylan, the first to accuse the governor of sexual harassment, wasn’t moved. On Saturday, she tweeted: "Resign, you disgusting monster."

But the 63-year-old Cuomo says he’s not going anywhere.

"I wasn’t elected by politicians. I was elected by the people of the state of New York. I’m not going to resign," he said in his apology.

On Sunday, he dug in, saying, "There are some legislators who suggest I resign. I'm not going to resign because of allegations."

A Washington Post investigation described a toxic workplace under Cuomo marked by bullying and intimidation.

But others defended Cuomo, with one adviser saying, quote, “The Governor is direct with employees if their work is sub-par."