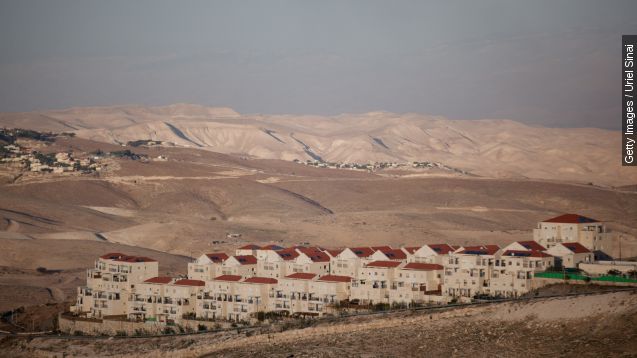 A "price tag" attack in the West Bank has left an 18-month-old child dead and four others injured after two homes were firebombed late at night.

Palestinians are blaming Israel for the death of a child in an arson attack in the West Bank. (Video via Israel Defense Forces)

Four others were reportedly injured Friday, after two houses were lit on fire in the middle of the night. (Video via Channel 2 Israel)

Like other so-called "price tag" attacks, the word "revenge" along with a star of David were scrawled on a wall at the site of the arson.

Both Israeli and Palestinian officials have condemned the attack — though the Palestine Liberation Organization also blamed the Israeli government. (Video via Al Jazeera)

The incident highlights the growing tensions between Israelis and Palestinians over Jewish settlements.

Jewish settlers clashed with the Israeli government earlier in the week after officials attempted to demolish two buildings. It was ruled both were illegally built on private Palestinian land. (Video via Haaretz)

"Price tag" attacks are often seen as retaliation for actions such as these where either Palestinians or Israeli security forces are attacked over anything that seems to threaten the existence of Jewish settlements. (Video via Jewish News One)

The Israel Defense Forces are investigating Friday's arson attack and looking for the perpetrators. (Video via Channel 2 Israel)

This video includes an image from Getty Images and music from Chris Zabriskie / CC BY 4.0.