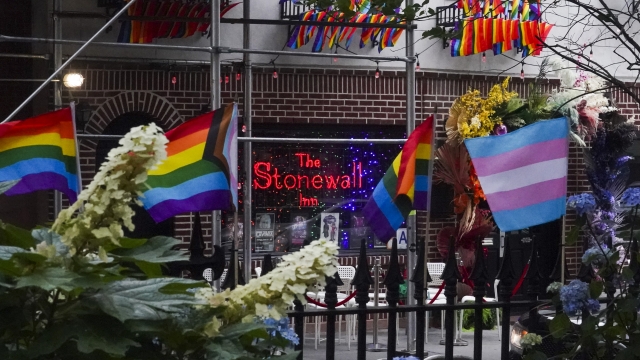 Thousands of people filled the streets of the Big Apple to celebrate Pride during the annual parade.

Hundreds celebrating the LGBTQ+ community and remembering the years of fight for equal rights. But the event was marked by fear after Justice Clarence Thomas of the Supreme Court said in a ruling striking down the right to abortion, that the Court should reconsider the right to same-sex marriage.

A day to celebrate equal rights, this year stained with uncertainty.

The New York City LGBTQ+ community is united as one, more than ever.

“This is a time in which people get to really show their true selves in an open and beautiful and vibrant way and it's truly accepted. And I think that is what people need,” said Saint Thomas, Pride parade attendee.

The theme for this year's 53rd annual march was "Unapologetically Us."

Amid fears of setbacks from decades of struggles for the rights of LGBTQ+ members, some say the overturning of the right to abortion is a warning, a sign that their fight for freedom is not over.

In response to the Supreme Court's ruling on abortion, Planned Parenthood led the march.

“I had a girlfriend when gay marriage was legalized, when I was like 12 years old … I can't imagine a world where that's ever the reality again,” said Juliana Cuicio, Pride parade attendee.

But of course, the festivities were not interrupted; there's too much to celebrate.

And the rainbow flag, waving stronger than ever as a sign of peace, remembrance for those who fought. A reminder that love is above all.

New York City's first pride march was in 1970, and it was to mark the first anniversary of the Stonewall rebellion, an uprising triggered by a police raid on a gay bar in the West Village in Manhattan.