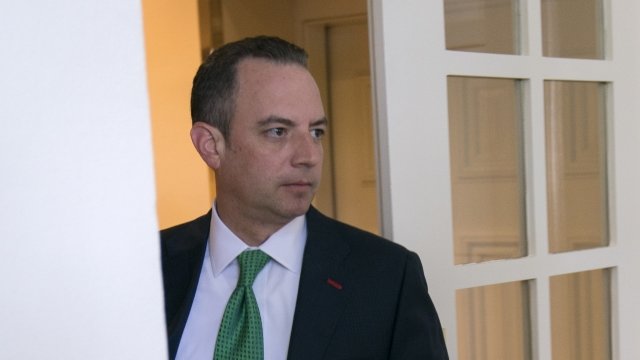 The investigators reportedly asked Priebus about Trump's decision to fire former FBI Director James Comey, as well as a meeting between Trump campaign officials and Russians promising dirt on his rival.

The president's legal team could be offering a sit down to the special counsel in the next couple of months.

Priebus was in Trump's political orbit when those events took place, both as the head of the Republican National Committee during the campaign, and as Trump's chief of staff during Comey's firing. Trump replaced Priebus with retired Gen. John Kelly in July.

The Mueller probe is said to be seeking interviews with other current and former Trump officials, including White House counsel Don McGahn and former press secretary Sean Spicer.