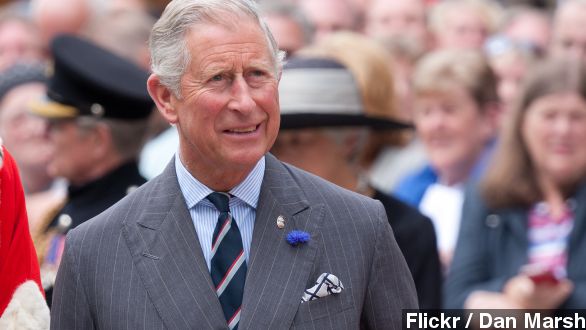 On the eve of Prince Charles' 65th birthday, he's participating in a tradition held by many aging Britons: filing for his pension paperwork.

Prince Charles may be preparing to begin the job he's trained his whole life for while many his age are preparing for retirement. But on the eve of his 65th birthday, he's partaking in a tradition held by several aging Britons: filing his pension paperwork.

According to Clarence House, Prince Charles completed the necessary forms to claim his statutory entitlement of up to £110.15, or $175, per week. He will begin receiving benefits after Nov. 14. (Via Royal Central)

The prince earned his benefits from paying national insurance contributions during his five-year career in the navy and paying additional voluntary contributions after leaving service in 1976. (Via The Biography Channel)

But don't expect the Prince of Wales to loosen his tie, kick off his loafers and enjoy the retired life. Instead, the prince will be donating the sum to a charity supporting older people, a move that could be motivated by his recent calls for pension reforms. (Via The Guardian)

"With an aging population and pension fund liabilities that are there for stretching out for decades, surely the current focus on quarterly capitalism is increasingly unfit for purpose?" (Via BBC)

Prince Charles has created an influential role for himself throughout his mother's reign — becoming a world-class philanthropist, environmentalist and businessman, working with political and economic leaders to get things done. (Via Sky News)

And while the date of his ascent is uncertain, he has been stepping forward as Queen Elizabeth II scales back.

After Prince Charles and Camilla finish their nine-day tour of India, the prince will represent the queen at Friday's high-level Commonwealth Heads of Government Meeting in Sri Lanka — an event she's only missed once since she took the throne in 1952. (Via The Telegraph, YouTube / CHOGM Sri Lanka)

Prince Charles is the longest-serving heir apparent in the 1,000-year history of the British throne. When he becomes King Charles III, he will be the oldest monarch to ever take the throne.