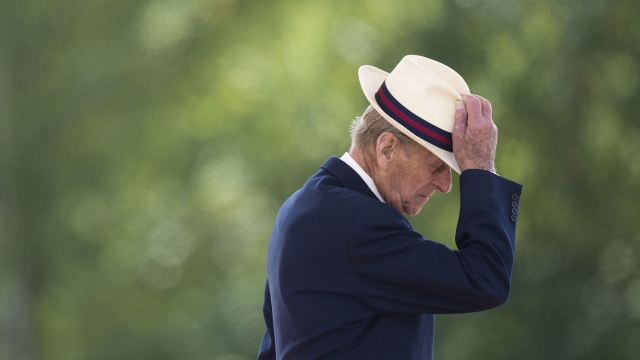 Some in the U.K. questioned whether the 97-year-old should legally be allowed to drive after he was involved in a car crash last month.

The Duke of Edinburgh won't be getting behind the wheel of a car anymore. Buckingham Palace says the queen's husband is giving up his driver's license.

Back in January, the British royal was involved in a car crash that left him unharmed, but injured the driver and a passenger in the other vehicle. And two days later, Prince Philip was spotted not wearing a seat belt while out driving.

The two incidents prompted some people in the U.K. to question whether the 97-year-old should legally be allowed to drive, despite having an up-to-date license at the time.

Under British law, Philip could have kept driving as long as he renewed his license every three years and self-reported any medical problems that could impair his driving. British drivers are not required to pass a vision exam each time they renew their license. So long as they claim they can read a license plate from 20 meters — or 65 feet — away, they're good to go.

Philip retired from his royal duties in 2017 and has been mostly out of the spotlight since.The local police department confirmed to The New York Times that the prince had turned in his license.