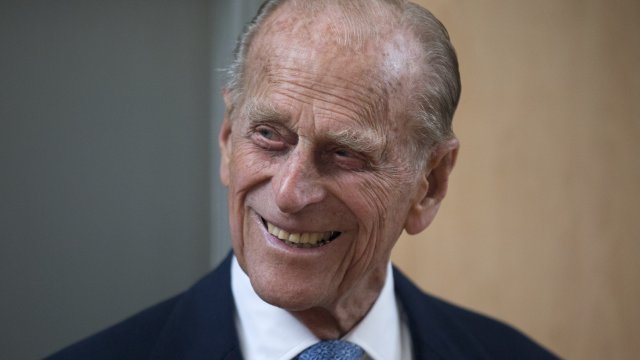 From the beginning, Prince Philip was by Elizabeth's side.

Seven decades of supporting his wife. It was a role that defined his life.

The two wed in November 1947 as Philip was given the title Duke of Edinburgh. And he was front and center in June 1953 as the queen was crowned.

The normally reserved queen referred to him in public as her "rock."

In private, Prince Philip referred to his wife as "Lilibet." But in public, she was always "the queen." And he always walked three paces behind her in a show of deference to the crown.

Prince Philip helped guide the monarchy as Britain's empire shrank and the role of the crown itself evolved. He shined in public life — from meeting with the pope to serving drinks to the Harlem Globetrotters at a charity ball.

In all, he fulfilled more than 20,000 royal engagements at home and abroad. He oversaw hundreds of charities and programs, especially for Britain's schoolchildren, while raising his own four kids, including Prince Charles — the heir to the throne. As is customary, he stayed out of politics, with some rare exceptions.

When Princess Diana married into the royal family in 1981, royal watchers said Prince Philip took her under his wing, teaching her about the role of being a royal. A biographer says Diana even called him "Pa." Several biographers have written about how Princess Diana and Prince Philip exchanged letters — growing closer as her marriage to Prince Charles broke down.

But he was not without controversy. He had a storied history of deeply offensive racist and sexist remarks, which were spotlighted again as Prince Harry and Meghan decided to leave their royal life.

Philip was ill recently, spending a month in the hospital earlier this year before his release in mid-March.

He asked for the world not to make a "fuss" over his death. There will be no lying in state. No state funeral. A ceremonial funeral is expected at St. George's Chapel in Windsor Castle.