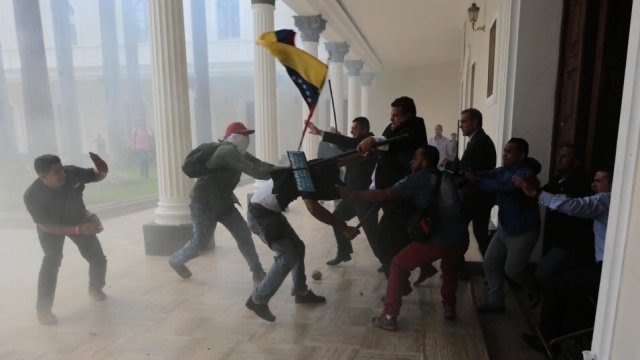 Between 80 and 100 demonstrators entered the assembly grounds, largely unopposed by security forces there. They used sticks and pipes as weapons, injuring at least 15 people.

An older generation of Venezuelans took to the streets in protest of the country's severe economic crisis.

Legislators opposed to President Nicolas Maduro are pushing for a nationwide referendum on Maduro's efforts to rewrite the struggling country's constitution.

Venezuela's pro-Maduro supreme court tried to strip power from the National Assembly, which his opposition called an attempted power grab. The court later walked those changes back.

Discussions regarding the nationwide vote, planned for July 16, will move on as planned, according to opposition lawmakers.