Prosecution Rests Its Case In The Trial Of Kyle Rittenhouse 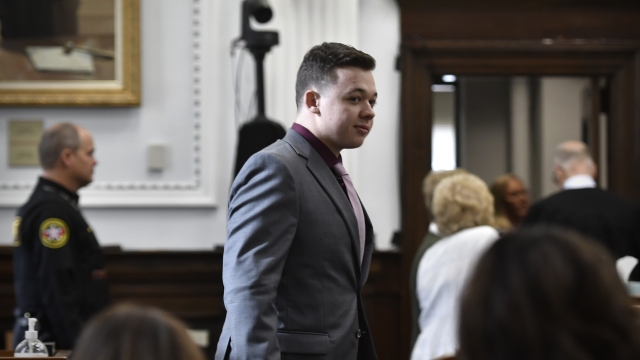 Rittenhouse is accused of killing two people and wounding a third during a protest over police brutality in Kenosha, Wisconsin last year.

Prosecutors have rested their case against Kyle Rittenhouse after 5 1/2 days of testimony in which they sought to portray him as the instigator in the shootings that left two men dead and a third wounded during street protests in Kenosha, Wisconsin.

Witness testimony describes one of the most disputed moments of the Kyle Rittenhouse shooting.

Prosecutors used extensive video and witnesses, including two former military veterans who were on the streets alongside Rittenhouse, in a bid to convince the jury he was the aggressor. But some of the witnesses also offered testimony that seemed to bolster Rittenhouse's claim that he acted in self-defense.

A protester and volunteer medic wounded on the streets of Kenosha by Kyle Rittenhouse testified Monday that he was pointing his own gun at the rifle-toting Rittenhouse — unintentionally, he said — when the young man shot him.

Gaige Grosskreutz, the third and final man gunned down by Rittenhouse during a night of turbulent racial-justice protests in the summer of 2020, took the stand at Rittenhouse's murder trial and recounted how he drew his own pistol after the bloodshed started.

Rittenhouse Shooting Victim: Thought 'I Was Going To Die'

Kyle Rittenhouse, now 18, is on trial on charges of killing two men and wounding a third during a turbulent protest in the summer of 2020.

“I thought the defendant was an active shooter,” the 27-year-old Grosskreutz said. Asked what was going through his mind as he got closer to the 17-year-old Rittenhouse, he said, “That I was going to die.”

Rittenhouse, now 18, is on trial on charges of killing two men and wounding Grosskreutz. The one-time police youth cadet from Antioch, Illinois, had gone to Kenosha with an AR-style semi-automatic rifle and a medical kit in what he said was an effort to safeguard property from the violent demonstrations that broke out over the shooting of Jacob Blake, a Black man, by a white Kenosha police officer.

Prosecutors have portrayed Rittenhouse as the instigator of the bloodshed. His lawyers have argued that he acted in self-defense. He could get life in prison if convicted of the most serious charges against him.