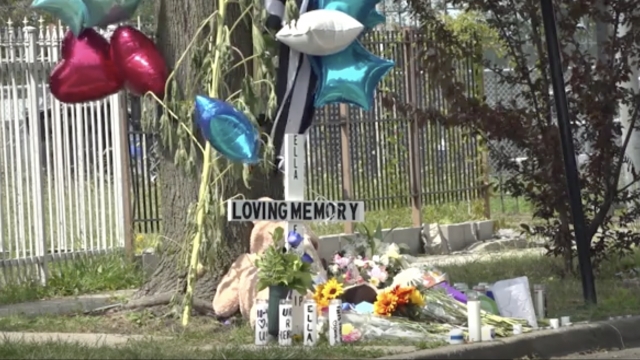 Assistant State's Attorney James Murphy said Monty Morgan gave a video statement admitting to drinking, having a gun and firing it at officers.

A man charged with killing a Chicago police officer admitted to investigators that he pulled his handgun out of his waistband during a traffic stop and opened fire, a prosecutor told a judge Tuesday.

At a bond hearing for Monty Morgan, Cook County Assistant State's Attorney James Murphy provided the most details yet disclosed about the weekend traffic stop in which Officer Ella French was killed an another officer was critically injured.

A third officer fired back at Morgan, who did not attend Tuesday's hearing because he remains hospitalized.

Foxx has prosecuted far fewer cases than her predecessor, and stubborn gun violence amid the pandemic has made some question her reforms.

“They didn’t have their weapons drawn, they weren’t firing on him, and callously (Morgan) shoots and kills one, and the other is in critical condition,” Willis said.

Police stopped the SUV Morgan was in because of expired plates. Morgan, 21, of Chicago, and his 22-year-old brother, Eric, initially followed officers' instructions, handing over the vehicle's keys and getting out of the SUV. But the situation escalated after Monty Morgan refused to set down a drink and cellphone he was holding, Murphy said.

Footage from police body cameras shows Morgan had a handgun tucked into his waistband, Murphy said. As he struggled with police, he began firing several shots, striking the 29-year-old French once in the head and a 39-year-old officer whose name has not been released in the right eye, right shoulder and in his brain.

In the meantime, Eric Morgan had run off during the struggle, and the third officer had chased after him, Murphy said.

The strike force will be operating in the regions surrounding Chicago, New York, Los Angeles, San Francisco and Washington, D.C.

When that officer heard gunshots, he ran back and exchanged gunfire with Monty Morgan before falling to the ground.

Eric Morgan also ran back, and his brother then handed the gun to him, according to court documents. The third officer got back up and shot at Monty Morgan again, hitting him in the abdomen.

Murphy said Monty Morgan gave a statement on video in which he admitted to drinking, having a gun and opening fire on two officers. An initial court appearance is set for Aug. 16.

A third man, Jamel Danzy, 29, of Indiana, is charged with supplying the semiautomatic handgun used in the shooting. He is accused of buying the weapon from a licensed gun dealer in Hammond, Indiana, in March and provided it to an Illinois resident who he knew could neither buy nor possess guns because of a felony conviction.

French was the first Chicago police officer to die from a gunshot in the line of duty in nearly three years.