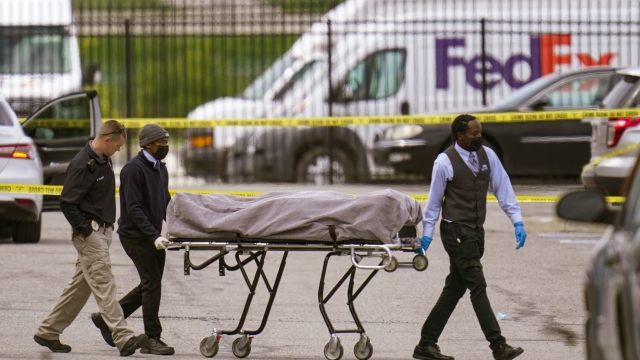 The law bars people from buying or possessing a firearm if they're found by a judge to present "an imminent risk" to themselves or others.

A prosecutor says the former FedEx employee who fatally shot eight people at an Indianapolis facility never had a hearing under Indiana's "red flag" law.

The law bars people from buying or possessing a firearm if they're found by a judge to present "an imminent risk" to themselves or others.

But authorities reportedly didn't pursue a hearing in the case because they didn't have time under the law's restrictions to definitively show the man was having suicidal thoughts.