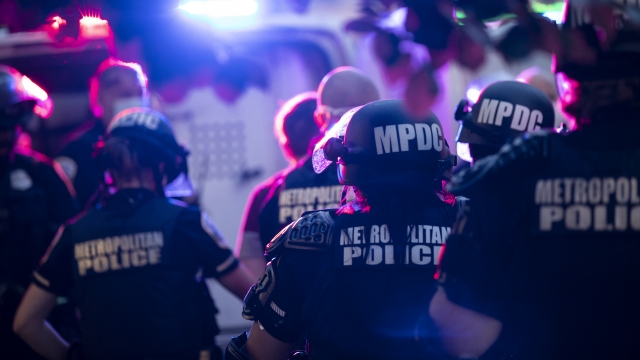 Three weeks ago, police arrested 42 people they said were spray painting buildings and setting fires, but charges were dropped against 41 of them.

Federal prosecutors in Washington, D.C., say police didn't have enough evidence to arrest protesters who were accused of rioting.

But acting U.S. Attorney for D.C. Michael Sherwin told Mayor Muriel Bowser's office he had to drop the charges against 41 of them because there wasn't any actual proof they were involved.

Bowser's office has criticized prosecutors for not pursuing more charges against the people who were arrested.

"I want to call on the federal government to assist us the best way they can, and that's by supporting our officers. When we make arrests for violent protests, we need those violent agitators to be prosecuted. When we arrest people for felony charges, we need the U.S. attorney for the district — who is a federal appointee of the president — to prosecute them," Bowser said.

Sherwin called Bowser's statement "patently incorrect" and said it "serves no purpose other than to pass blame and foster innuendo."