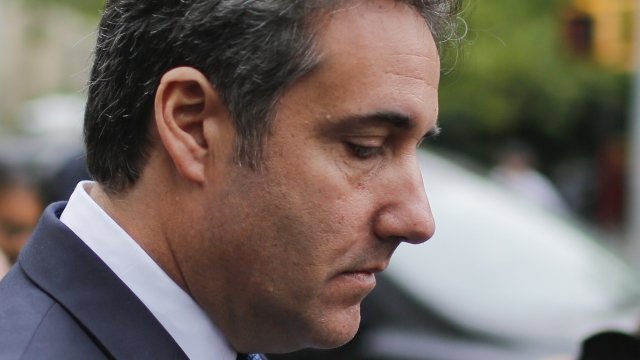 According to reports, one of those recordings is a conversation Trump had with his former lawyer about payments to a former Playboy model.

The FBI seized audio recordings during a raid on Michael Cohen's office, hotel room and home earlier this year. And now, federal investigators have a dozen of those recordings in their possession.

According to several reports, at least one of those 12 recordings is of a conversation Trump had with his former lawyer two months before the presidential election.

During that conversation, the two men reportedly talked about payments to a former Playboy model who claimed to have had an affair with Trump.

It's unclear exactly what's on the remaining audio recordings. But CNN says some of them include discussions Cohen had with the media.

The 12 recordings were just some of the seized items given to a court-appointed official to determine if they were covered by attorney-client privilege. That official said Monday claims that the recordings were privileged had been dropped, so they were turned over to federal prosecutors.