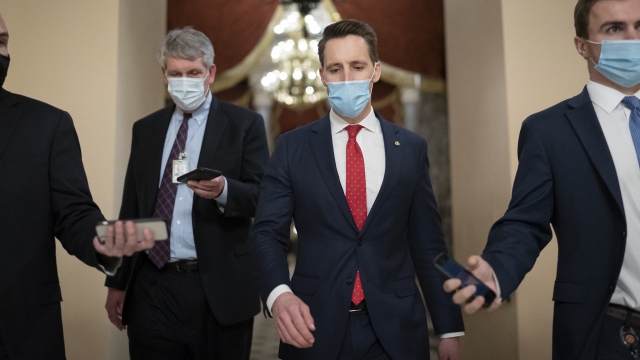 Protesters are upset about Hawley's continued efforts to reject the presidential election results.

Hundreds of protesters were in downtown St. Louis yesterday calling for Republican Sen. Josh Hawley to resign. Protesters are upset about his continued efforts rejecting the presidential election results.

Demonstrator Ashlee Neil said: "Even if Josh Hawley has no idea what we're doing here today, I still think it's good we're having these conversations. It not only speaks to the local people, but it's going to reach out."

Hawley said he will not resign and won't apologize despite overwhelming evidence the election was fair.