These Chicagoans Refuse To Unite For A Donald Trump Presidency 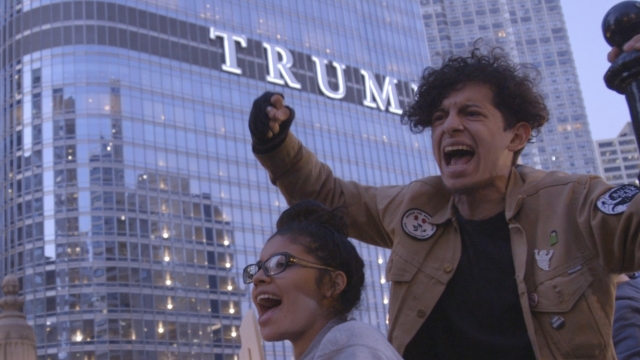 Protesters formed a wall outside Trump Tower in Chicago to voice their concern over a Donald Trump presidency.

Hundreds of protesters met at Trump Tower in Chicago to voice their concerns over the results of the 2016 presidential election, which declared Donald Trump the next leader of the U.S.

Answer Chicago called upon immigrants, women, people of color and the LGBTQ community to take to the streets for an "emergency protest." The group calls Trump "vile," "racist" and "sexist."