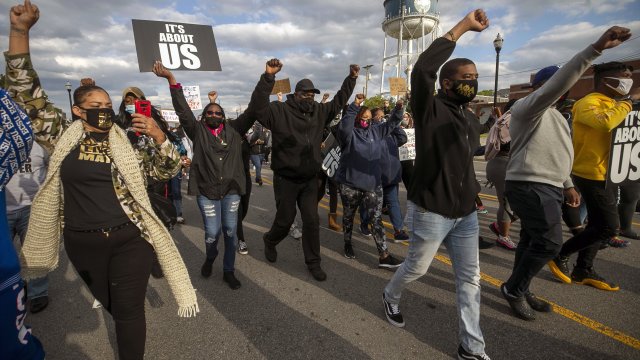 In North Carolina protesters the local NAACP chapter and the family of Andrew Brown Jr. are putting pressure on authorities to release body camera footage.

For the second day they marched in Elizabeth City demanding more answers. Brown was killed Wednesday when deputies were serving an arrest warrant for felony drug charges at his home.

Witnesses say Brown was trying to drive away when he was shot and killed.

The attorney for Brown's family said he believes brown was not armed and is calling for transparency.

The North Carolina State Bureau of Investigation said it is not up to them to release the video and it has to be done with a court order.

At least one deputy is on administrative leave.