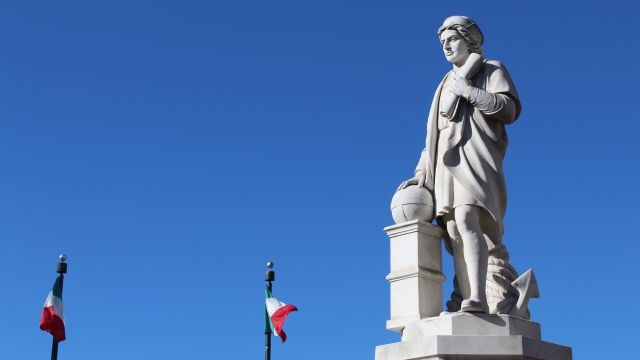 Protesters toppled a statue of Christopher Columbus in Baltimore's Little Italy neighborhood before throwing it into the Inner Harbor.

A group of protesters pulled down a statue of Christopher Columbus in Baltimore during a demonstration on Saturday.

The marble statue broke into several pieces when it hit the ground before protesters dragged it and threw it in the city's Inner Harbor.

The statue stood in Baltimore's Little Italy neighborhood since its unveiling by the city's mayor and former President Ronald Reagan more than 35 years ago.

Maryland Gov. Larry Hogan denounced the protesters' actions on Sunday, calling what happened "the antithesis of democracy." In the same statement, Hogan said he welcomes "peaceful protests and constructive dialogue" on what to do with certain monuments.

Protesters in Richmond, Virginia, and St. Paul, Minnesota, toppled statues of Columbus in their respective cities last month, while Boston officials removed a Columbus statue shortly after it was found beheaded.