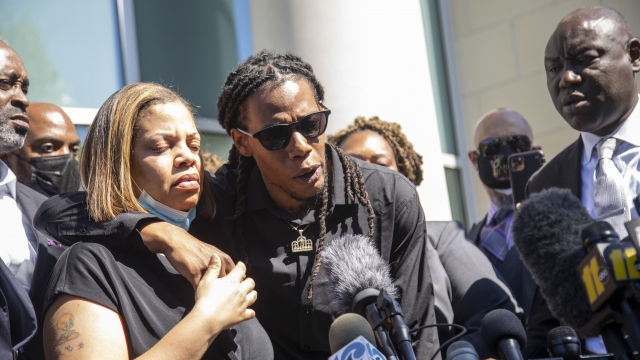 Officials say County Attorney Michael Cox filed a request to have the video of the shooting released.

They're waiting on the decision from a judge to potentially release video of the police shooting that left Andrew Brown Jr. dead.

Officials say County Attorney Michael Cox filed a request to have the video of the shooting released, but under state law a judge must sign off on that.

Brown's family and their lawyers have seen a 20-second portion of body camera video.

One of the attorneys said Brown did not appear to be a threat to officers when he backed his car out of his driveway and tried to drive away from deputies who had their guns out.

In a video statement, the county sheriff said he's asking for patience while the state bureau of investigation looks into the case.

He called it a "tragic incident" but said body camera videos only tell part of the story.