Protests Continue For 11th Night In U.S. And Around The World 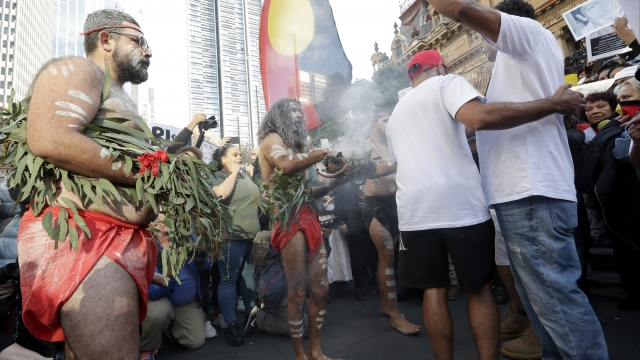 Protests continued for the 11th straight night Friday over racial injustice and the deaths of black Americans at the hands of police.

Protesters in Louisville held a birthday party for Breonna Taylor — an ER technician who was killed in her home in March during a "no-knock" warrant served by Louisville police.

More than 1,000 marchers sang "Happy Birthday" on what would have been Breonna Taylor's 27th birthday. The gathering culminated with a picture of her being projected on the side of a building in downtown.

Meanwhile, in Lexington, The University of Kentucky announced plans to remove a mural depicting enslaved Africans and native Americans.

It's one of many reminders of the Confederacy being scrapped as undesired las social unrest continues after the death of George Floyd in police custody. Virginia Gov. Ralph Northam announced plans to remove a statue of Robert E. Lee.

Across the Pacific, demonstrators in Australia have joined U.S. protests to raise awareness of their own racial issues.

The Associated Press reported 1,000 protesters gathered Saturday in front of Sydney town hall to protest discrimination of indigenous Australians. They are disproportionately represented in prison and more likely to be in poor health or experience infant mortality.