Protests Erupt In Wisconsin After Black Man Shot From Behind 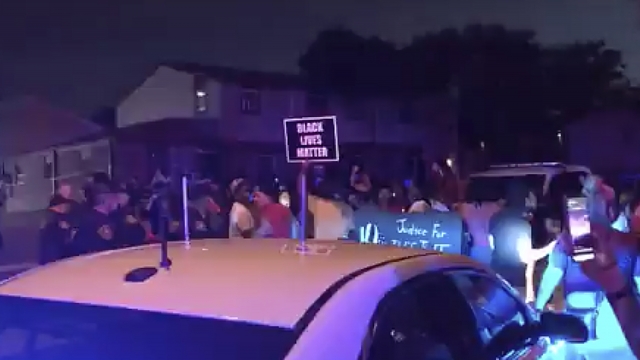 Multiple fires were set by protesters and tear gas was used to clear the demonstration, which carried into Monday morning.

The state of Wisconsin is declaring a curfew after protests erupted over the police shooting of a Black man.

Police say the shooting happened Sunday evening in Kenosha, Wisconsin while officers were responding to a domestic incident.

In a video posted on social media, the man, who has been identified by Wisconsin Gov. Tony Evers as Jacob Blake, appears to walking toward his car as three officers point guns and shout at him. As he opens the car door, an officer grabs his shirt from behind and fires into the vehicle. Seven shots can be heard on the video, but it's unclear if more than one officer fired.

Multiple fires were set by protesters and tear gas was used to clear the demonstration, which carried into Monday morning.

Police said the person has been transported to a Milwaukee hospital for treatment, but didn't provide details on what led to the shooting.