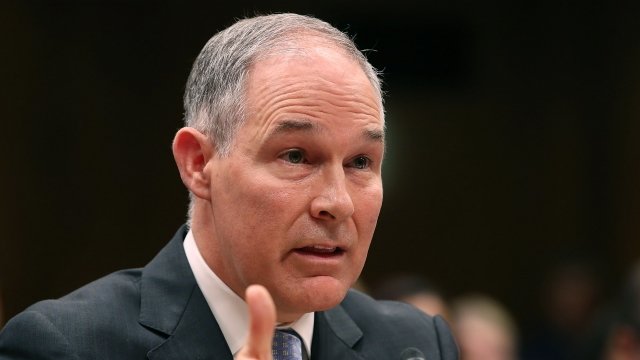 Scott Pruitt said he wouldn't accept legal donations from lobbyists or companies that might do business with the EPA.

Environmental Protection Agency chief Scott Pruitt confirmed he had an external legal fund to help him with costs related to a number of investigations he's currently facing.

Pruitt made the statement on Wednesday during a wide-ranging interview before the Senate Appropriations Committee.

The legal fund was first reported by The New York Times earlier in May. The Times reports that Pruitt is expected to run the fund privately.

Pruitt said he would "absolutely" not accept legal donations from lobbyists or companies which might have businesses with the agency and said records of all donations would be available to the public.

The EPA chief is under investigation for a number of things including his travel and security spending. Tuesday the EPA's inspector general began looking into Pruitt's use of multiple email accounts.