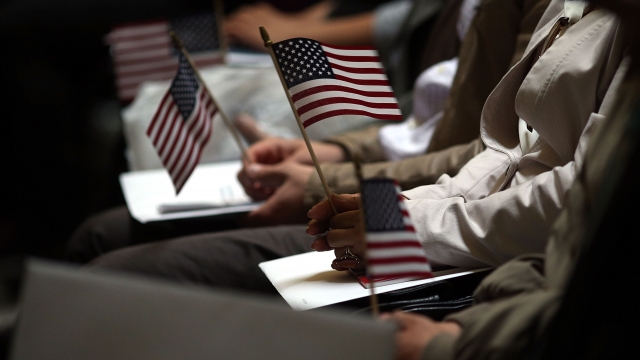 The new policy changes the way officials assess whether immigrants are likely to rely on public aid.

The policy makes it more difficult for immigrants to enter the U.S. or get a green card if officials think they're likely to become a "public charge" — meaning they'd rely on certain public aid. Now officials can consider whether immigrants currently use programs like food stamps or Medicaid to make that determination.

The announcement follows a Supreme Court decision Friday allowing the rule to be applied in all 50 states.

Supporters praise the new rules for easing some strain on expensive public assistance programs. But some states and organizations criticize the law for favoring richer immigrants from more developed nations.