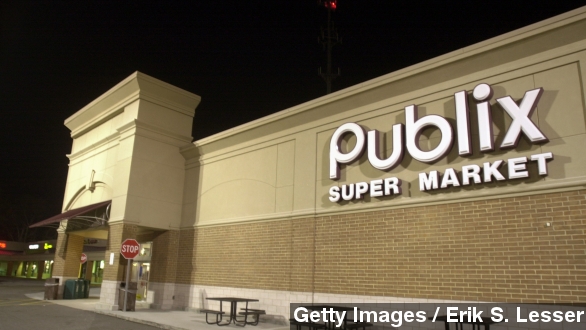 A big first for a big grocery store chain in the South. Starting in January, Publix will give its married gay and lesbian employees health benefits for their spouses.

"Available at Publix, where shopping is a pleasure." (Video via WFTV)

But that doesn't seem to bother the chain. Even in those three states, gay and lesbian employees can get health and dental plans for their spouses if they were married in a different state.

The company's director of media relations told CNN, "It's good business for us to offer benefits to all employees, not just those in the states that recognize it."

In Florida, for example, Publix has a whopping 763 stores. As of Jan. 6, Florida's ban on same-sex marriage might be lifted.

And Publix's move is in alignment with the majority of corporate America.