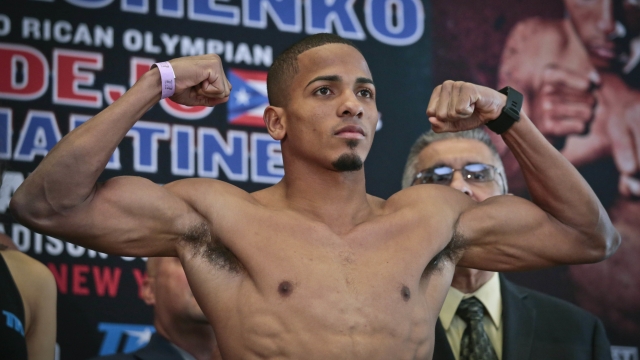 He's charged with kidnapping and carjacking resulting in death and intentionally killing an unborn child.

A Puerto Rican boxer is facing U.S. federal court charges for kidnapping and killing a woman who was pregnant with his child.

Félix Verdejo was arrested Sunday in Puerto Rico for the murder of a 27-year-old woman.

According to the U.S. attorney's office in Puerto Rico, he's charged with kidnapping and carjacking resulting in death and intentionally killing an unborn child.

If convicted he could face the death penalty.