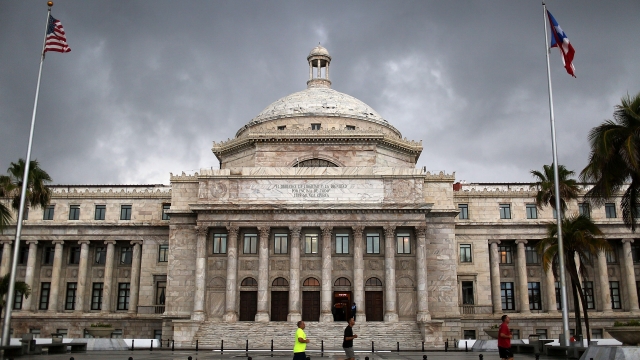 The scandal involves more than $15 million in federal funds given to unqualified contractors with political connections.

The FBI arrested six people — including two former Puerto Rican officials — on Wednesday. The arrests were part of a corruption probe reportedly involving more than $15 million in federal funds being given to unqualified contractors with political connections.

The former officials had been Puerto Rico's education secretary and head of the Health Insurance Administration. Both had stepped down over the past several months. The other arrests included businessmen and education contractors.

The chair of the House Natural Resources Committee that oversees Puerto Rico has called for the territory's governor to resign. The governor isn't being investigated in the probe, but the officials had been part of his administration.

The arrests come one month after President Donald Trump signed a long-awaited disaster aid package that designates $900 million for the island's recovery from Hurricane Maria. The package had been delayed partially because the president said island officials were "incompetent or corrupt."