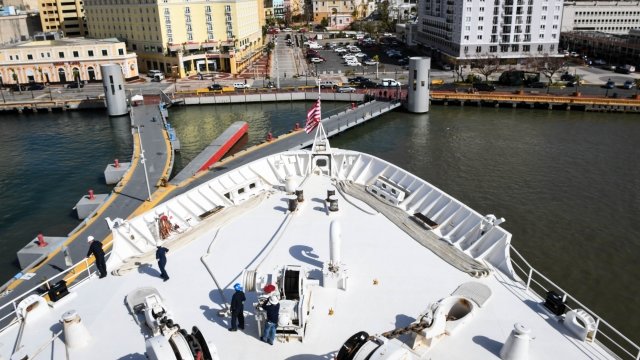 Higher taxes on the companies that do business in Puerto Rico could threaten jobs on the island.

That's because Puerto Rico is sometimes considered a foreign country for tax purposes. The designation means corporations doing business on the island could face a minimum 10 percent tax on profits abroad, as well as a 12.5 percent tax on "intangible assets," such as patents, held offshore.

Those taxes could threaten the island's relationship with drug and medical device manufacturing companies. The Food and Drug Administration estimates 30 percent of Puerto Rico's manufacturing workers are employed by those industries.

Puerto Rico Gov. Ricardo Roselló has been very vocal about his opposition to the GOP tax bill. On Friday, he told NBC: "[Republicans] certainly turned a blind eye, turned their back on Puerto Rico."

Puerto Rico is still recovering from Hurricane Maria. The island already had a debt crisis and high unemployment rate.