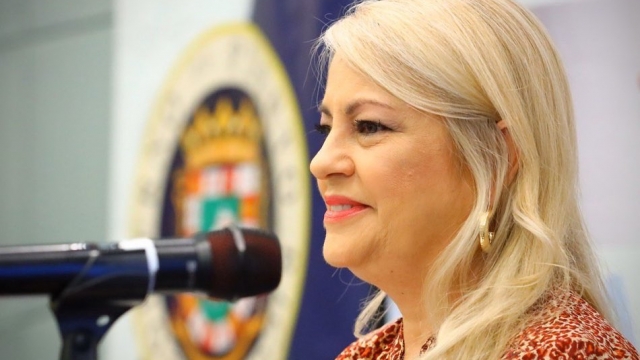 Vázquez stepped into the role of governor in August after Ricardo Rosselló resigned.

The office of the Puerto Rican Governor

Puerto Rico Gov. Wanda Vázquez is running to stay in office in 2020. She made the announcement Monday.

Vázquez had previously said she wasn't interested in the job. She was the Justice Secretary before she stepped into the role of governor in August after Ricardo Rosselló was forced to resign.

When Rosselló was searching for his successor, Vázquez tweeted, "I reiterate, I have no interest in occupying the position of Governor."

But Vázquez has since changed her mind, saying to voters in a video announcement Monday, "I've decided to continue working for you."

Vázquez will run under the New Progressive Party and will face Pedro Pierluisi in the election. Pierluisi was chosen by Rosselló to succeed him, but Pierluisi's swearing-in was ruled invalid. Before that he ran against Rosselló in the 2016 local primaries.