Puerto Rico's Electric Authority Is Getting A $300 Million Loan 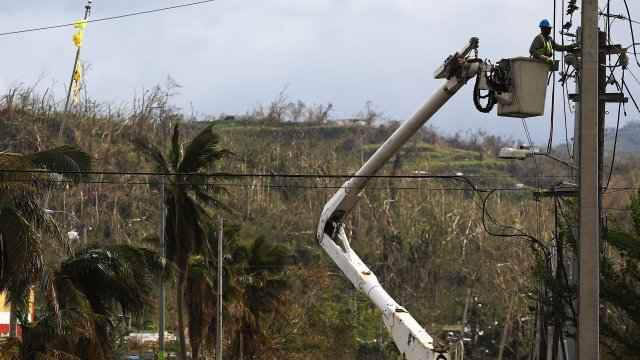 A federal judge approved the loan Monday after a previous request for $1 billion was rejected.

Some good news is coming to the island of Puerto Rico: A federal judge approved a $300 million loan for its electric utility.

Puerto Rico's Electric Power Authority, or PREPA, lost two-thirds of its power distribution system after Hurricane Maria. It initially requested a $1 billion loan, but a judge rejected it.

The $300 million will come out of the territory's general fund, but Puerto Rico had to get approval to hand it over because it's more than $70 billion in debt and is basically bankrupt.

Gov. Ricardo Rosselló maintains that the island still needs a $1 billion loan, and a federal control board said the $300 million will only keep PREPA operational until late March.

Rosselló recently announced Puerto Rico is privatizing its electric utility as a way to attract businesses to the island and create more affordable rates.

About 20 percent of PREPA's customers are currently without electricity.