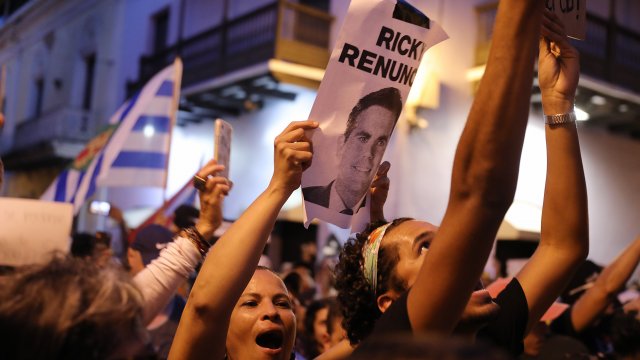 Despite calls for his resignation, Puerto Rico's governor said he is not stepping down.

Governor Ricardo Rosselló is dealing with a number of scandals. His government is in the middle of a federal corruption investigation. He also apologized for his role in a vulgar group chat that was published over the weekend. The chat involved a number of public officials, who exchanged misogynistic and homophobic messages. And he's facing criticism for the way his administration is handling the Hurricane Maria recovery and the island's massive debt.

The unrest is a concern for at least one company. Royal Caribbean confirmed one of its cruise liners skipped its scheduled stop in Puerto Rico on Tuesday. The company said it canceled the visit because of the recent protests.

The leader of Puerto Rico's House of Representatives said, over the weekend, the chamber would not start impeachment proceedings against Rosselló. But he said, "we reserve the right to evaluate if that’s merited.”