Puerto Rico's Water Crisis Is More Complicated Than You Think 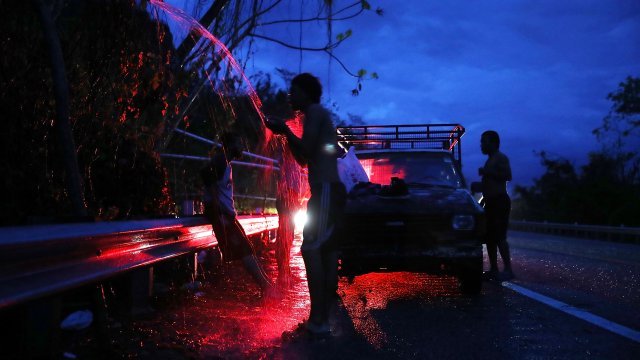 The lead Democrat on the House Homeland Security Committee wants an investigation into water contamination in Puerto Rico. That's after a CNN report said the island's water authority is distributing water from a hazardous waste site.

Rep. Bennie Thompson wrote a letter to the Department of Homeland Security asking for the investigation. His request also follows reports of residents "obtaining or trying to obtain drinking water" on their own from heavily polluted superfund sites out of desperation for clean water.

The Environmental Protection Agency told CNN, "While some of these wells are sometimes used to provide drinking water, the EPA is concerned that people could be drinking water that may be contaminated, depending on the well."

There's More To America Than Just The 50 States

You might not know that 16 land masses fall under the U.S.' jurisdiction, and five are inhabited.

These most recent revelations show the depth of Puerto Rico's water crisis, but they're hardly the whole story.

Gov. Ricardo Rossello has also ordered an investigation into reports of municipalities failing to collect and distribute water and food. He said if that were true, there'd be "hell to pay" for those responsible.

And the director of the EPA's Caribbean division said last week that "all water" coming from the island's official water authority should be boiled, including faucet water. That's because possible ruptures in the island's pipelines may have let in contaminants.

The authority maintains the water it's distributing is safe.

As of Sunday, roughly 30 percent of water authority customers still lacked access to water. At least four people have died from leptospirosis, a bacterial disease spread by animal urine in drinking water. And at least 10 more people have been infected.