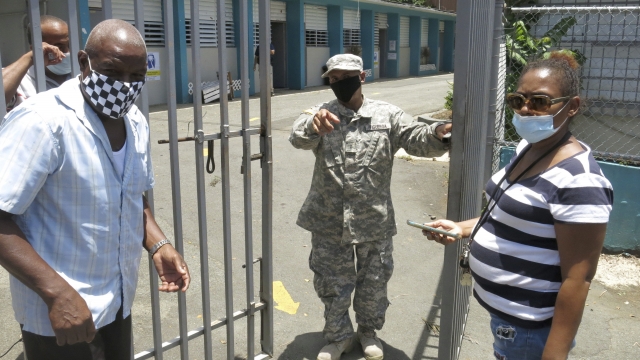 Affected locations are expected to resume voting later this month.

Primary elections in Puerto Rico are on hold after voting centers said they did not have enough ballots.

Affected locations are expected to resume voting later this month. Some of the polling places that continued voting saw long lines. People were forced to wait in the hot weather and facilities were open late into the night to accommodate waiting voters.

Candidates from Puerto Rico's major parties voiced anger and disappointment over the lack of ballots.

"They made the people of Puerto Rico, not the candidates, believe that they were prepared," Puerto Rican Gov. Wanda Vázquez said. "Today the opposite was evident. They lied."

Her opponent echoed that sentiment, calling it "an embarrassment to our government and our people."

At least one voter filed a lawsuit Sunday via the American Civil Liberties Union.