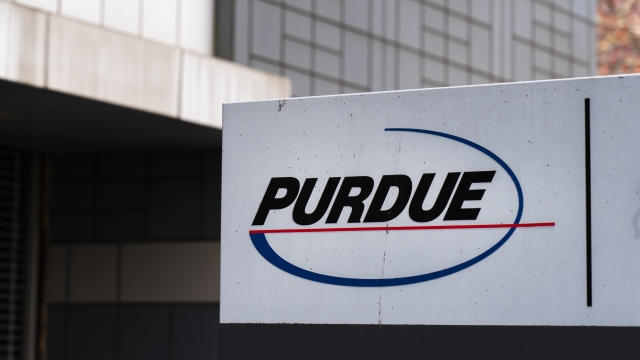 The pressure for a settlement to be reached is growing for not only Purdue Pharma, but numerous other drug makers, distributors and pharmacy chains.

Purdue Pharma — the company that makes the opioid OxyContin — has tentatively reached a deal to settle a lawsuit with thousands of municipal and dozens of state governments. But while officials from 27 states have agreed to the deal, at least 16 other states say they haven't.

Based on a plan NBC news reported in August, the Sackler family, which owns the company, would give up control of it. The company would file for bankruptcy and convert into a trust. According to CNN on Thursday, the Sacklers have offered $3 billion and a portion of future revenue from drug sales. There could also be another $1.5 billion pending the sale of another company owned by the family.

In a statement to NPR earlier this week, Purdue said it "believes a settlement that benefits the American public now is a far better path than years of wasteful litigation and appeals."

With the trial set to kick off in October, the pressure for a settlement to be reached is growing for not only Purdue Pharma, but numerous other drug makers, distributors and pharmacy chains. Nearly 2,000 lawsuits have been consolidated into one case that will be overseen by a federal judge in Cleveland. Now with this new deal, Purdue might avoid that trial.