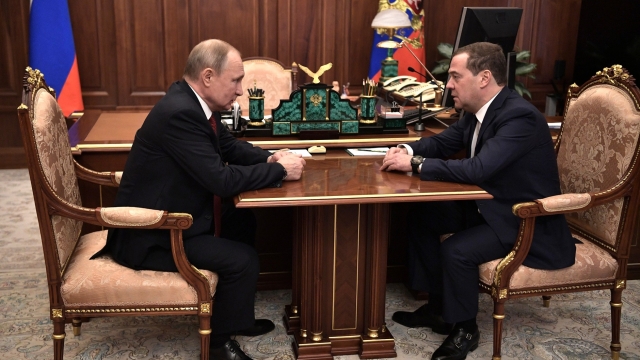 Changes are coming to Russia's balance of power, and it's leading to mass resignations in the country's government.

In a speech to senior officials on Wednesday, Putin introduced a plan to shift some powers away from the presidency, effectively limiting his successor. Under the proposal, Parliament would get more authority, including the ability to choose the next prime minister. Putin also hinted at extended powers for the country's state council.

In addition, Putin suggested he would not stay in power past his current term, which ends in 2024.

"I know that a constitutional provision is being discussed in our society that the same person should not be president for more than two consecutive terms. I don’t think this is a fundamental issue, but I agree with that,” Putin said.

Analysts say the move allows Putin to maintain influence even after he steps down as president. It's unclear what position Putin would take after his term is up.

As for Medvedev, he's going to stay in public service. The longtime Putin ally and former president of Russia will be the deputy head of the National Security council.