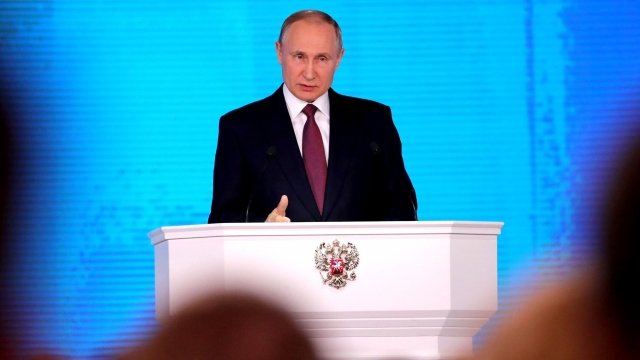 And he warned that Moscow won't be afraid to use those weapons if any of its allies come under nuclear attack.

Office of the Russian President

And he warned that Moscow won't be afraid to use those weapons if any of its allies come under nuclear attack.

Putin described the new weaponry during his annual speech to lawmakers in Moscow on Thursday.

During the nearly two-hour speech, he showed video clips of the arsenal, which includes underwater drones, intercontinental missiles and a hypersonic system that "heads for its target like a meteorite."

Putin didn't reference any specific threat against Russian allies that could warrant an attack. But some see his remarks as a message to the U.S. as relations between the two countries continue to deteriorate.