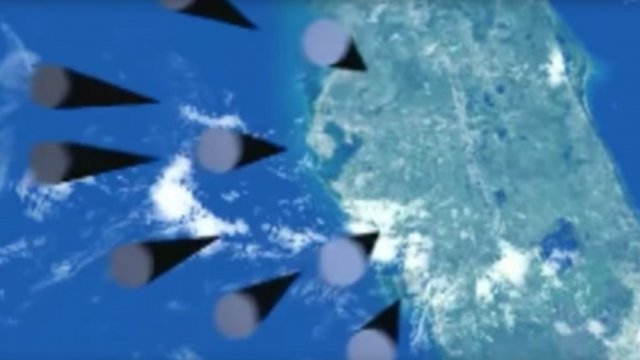 Putin said his country would respond instantly to "any use of nuclear weapons" against Russia or its allies.

Russian President Vladimir Putin showed off what he said is an indefensible nuclear missile with a video showing warheads raining down on what appears to be Florida.

Putin said his country would respond instantly to "any use of nuclear weapons" against Russia or its allies.

State Department spokeswoman Heather Nauert said it was "unfortunate" to see a video depicting "a nuclear attack on the United States." She said Putin was speaking to a single person: President Donald Trump.