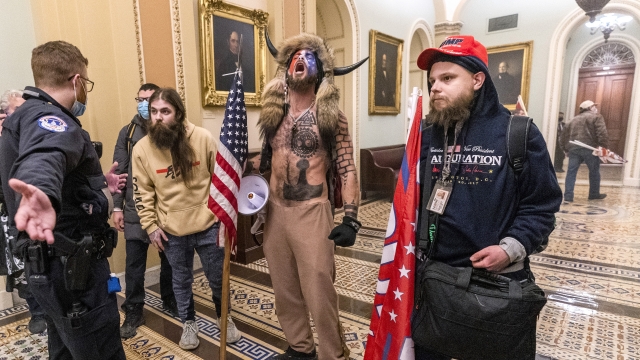 Jacob Chansley is facing multiple charges stemming from the riot, including two felonies.

One of the hundreds who stormed the U.S. Capitol last month is now apologizing for his actions.

Jacob Chansley, who's also known as the QAnon Shaman, is behind bars and facing multiple charges stemming from the riot, including two felonies.

He said he is "deeply sorry" and regrets entering the Capitol building that day. He also said he is disappointed with former President Donald Trump.