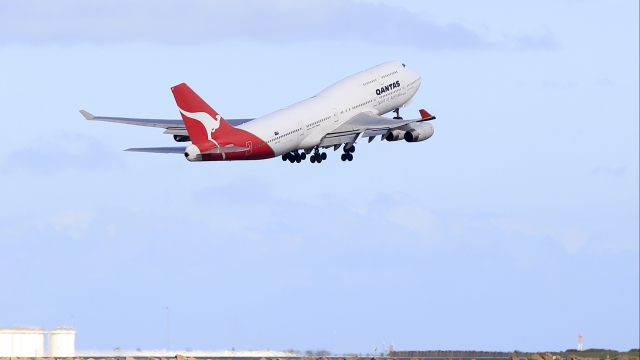 The airline made the announcement after Australia's tourism minister said he expects the country's border will remain closed until 2021.

As coronavirus cases keep popping up around the globe, Australia's tourism minister says he expects the country's border will remain closed until 2021.

Because of this, Qantas Airways now says it's canceling most of its international flights until at least October.

The Australian flagship carrier said it's still keeping some flights between Australia and New Zealand on its schedule with the expectation that a so-called "travel bubble" between the two countries will be implemented.

If overseas travel opens back up earlier than expected, Qantas says it's prepared to add more international routes back to its schedule.

In the meantime, Qantas is seeing increased demand for travel within Australia. The airline said it saw its domestic passenger numbers double this past week from 32,000 to 64,000. As a result, it plans to increase its number of domestic flights from 5% to 15% of its pre-coronavirus levels by the end of June.