Qatar's Neighbors Threaten To Take 'All Necessary' Measures Against It 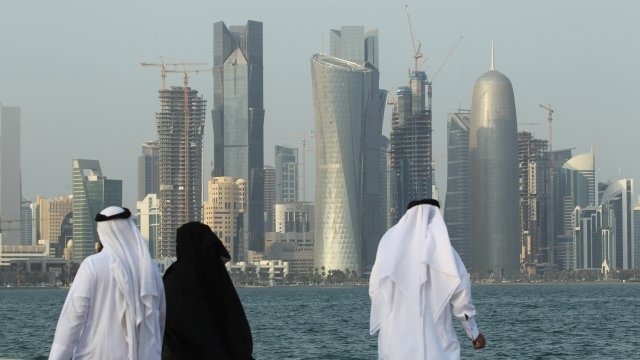 Qatar has refused to accept a list of demands from its neighbors that would end the sanctions it's facing. And those neighbors aren't pleased.

Qatar has refused to accept a list of demands from four of its neighbors to end sanctions against it.

And those neighbors aren't pleased.

Saudi Arabia, the United Arab Emirates, Bahrain and Egypt said in a joint statement that Qatar's rejection of their demands is proof of its connection to extremist ideology.

Qatari Spokesman: 'No Good American' Would Allow Sanctions To Continue

The U.S. has sent mixed messaging on its stance.

The four countries promised to take "all necessary political, economic and legal measures" against Qatar "in a timely manner."

It's unclear exactly what those measures will entail, but officials say they will be imposed on Qatar's government to "correct its course" and not on the nation's people.

Multiple countries have cut diplomatic ties with Qatar over accusations it supports terrorist groups, such as Al-Qaeda and ISIS. Qatar has denied those allegations.