Here's What The Queen Laid Out In Her Speech To Parliament 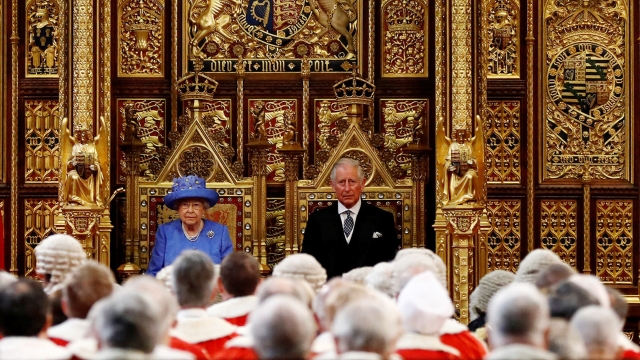 Like the State of the Union address in the U.S., the queen's speech usually outlines the ruling party's goals and proposals for the next year.

Like the State of the Union in the U.S., the queen's speech usually outlines goals and proposals for the next year. Though the queen reads the speech every year, Britain's ruling party actually writes it.

Parliament then votes on the agendas laid out in the speech.

The event is usually filled with pomp and circumstance, like royal robes and a horse-drawn carriage. But because of a recent snap election, Wednesday's event was more low-key.

May called for a general election to secure her majority in Parliament, but her party ended up losing 12 seats.

A major theme of this year's speech? Brexit.

The queen started by introducing at least eight different bills related to leaving the European Union. They touched on trade, fishing rights, nuclear safeguards and more.

She also addressed the need to review counterterrorism strategies after attacks in Manchester and London and expressed the government's commitment to the Paris agreement on climate change.

One topic notably left out of the speech: a state visit from President Donald Trump.

Proposed visits from heads of states are usually included — one for the king and queen of Spain was in this year's speech.

Parliament now has several days to debate and vote on the speech's proposals.