R.I.P.T.: Looks Like The 'Silent Hill' Reboot Is Cancelled 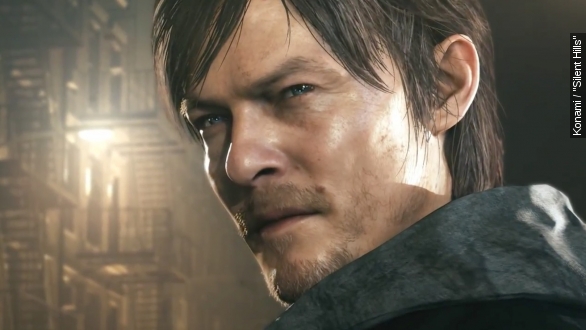 Konami is pulling the "P.T." demo of its "Silent Hill" reboot from the digital shelves, and key members of the project say it's over.

What do film director Guillermo Del Toro, video game designer Hideo Kojima and "The Walking Dead" actor Norman Reedus all have in common?

Nothing — not after their collaborative reboot of the "Silent Hill" horror game franchise was all but given the axe Sunday.

The game's publisher, Konami, teased the new "Silent Hills" game last year with a brief trailer and a playable demo that was one of the scariest gaming experiences of 2014.

But the company now plans to pull that demo, dubbed P.T., from Sony's digital marketplace by Wednesday.

And the big names associated with the project have confirmed they're no longer attached to it. Photojournalist Matt Hackney tweeted this quote from del Toro at a San Francisco film event: "It's not gonna happen and that breaks my greasy heart." (Video via Legendary Pictures)

Reedus chimed in on Twitter late Sunday, saying he "was really looking forward to it. Hopefully it'll come back around."

As for Kojima, well, rumor has it he's been on the outs with Konami for some time. Last month, Konami briefly pulled Kojima's name from the branding of his widely-anticipated "Metal Gear Solid V," sparking speculation that he wasn't going to be with the company much longer.

So it looks like "Silent Hills" is going up in smoke, and maybe that's not entirely surprising. When the Kojima debacle was in full swing, a VentureBeat writer noted the well-established publisher could be looking to change focus.

"The company, like nearly every publisher in Japan, has shifted away from triple-A console games that cost millions of dollars to produce. ... Instead, it could break up that budget and throw it at dozens of mobile games while trying to get more from its casino attractions.​"

P.T. is still free to download on the PlayStation Store until Wednesday, April 29. Konami has yet to officially confirm whether "Silent Hills" is still in development.