R. Kelly Doesn't Have Bail Money, According To His Lawyer 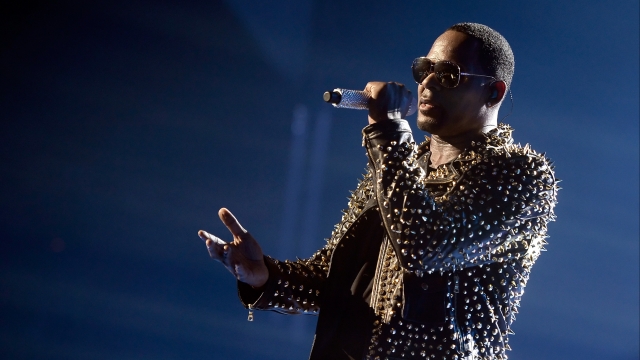 The singer's bond was set at $1 million, but his lawyer says he doesn't have enough money for bail.

On Saturday, a judge set the bond for Robert Kelly — better known as R. Kelly — for $1 million. He also can't have contact with anyone under 18 and has to give up his passport.

But Kelly's lawyer told reporters the singer doesn't have the money for bail, which is one-tenth of the total bond.

Kelly's lawyer said, "Through mismanagement, through people ... hangers-on, and bad contracts and bad deals, bad leases like he had on his studio, he really doesn't have any money at this point. I don't even think he owns the rights to 'I Believe I Can Fly'."

Kelly's lawyer also told the judge the singer is not a flight risk because, "Contrary to the song, Mr. Kelly doesn't like to fly."

Kelly was charged Friday with 10 counts of aggravated criminal sexual abuse allegedly involving four victims. The Cook County state's attorney says Kelly abused the four people between 1998 and 2010 and that three of them were minors at the time. A judge approved a no-bail warrant for the singer's arrest shortly after, and Kelly turned himself in.

The singer has been accused of sexual abuse and inappropriate encounters with minors several times over more than two decades. Kelly was indicted on child pornography charges in 2002 but was acquitted in 2008. The recent Lifetime docuseries "Surviving R. Kelly" featured accounts and interviews with several people accusing Kelly of sexual misconduct. He has consistently denied any wrongdoing.